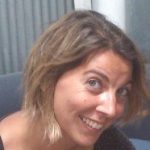 I have been teaching since 2007. English first, then English and French, and now mostly French. I have taught in Vietnam, the UK, Cambodia, Spain and online.

I have taught students from many European countries, the US, Canada, Brazil, Russia, Australia, Singapore, Vietnam, Cambodia, Israel, Turkey, Saudi Arabia, Japan and China, from children as young as 2 to pensioners.

WHAT KIND OF TEACHER AM I?

I try to be the kind of teacher I like to have as a language student myself. I’m always prepared, organised, and patient. I don’t have a set course that I use with every student. I adapt my lessons to each student and plan according to their needs and personalities. I believe strong foundations are essential if we hope to speak a language like a native one day, so I never rush through anything, unless I feel the student is really confident. I believe in speaking with accuracy, but I also understand not everyone cares about speaking perfectly. Some students simply want to be able to communicate in the language, and you can do that perfectly without having perfect grammar and an extended vocabulary. I take my work very seriously, but I believe my classes have a relaxed atmosphere. I want my students to feel they can make mistakes. In fact, I want my students to make mistakes because that’s the only way we can learn.

Born and raised in France, I have always had a strong interest in languages. It all started with English. As a young child, I believed the world was made of French speakers and English speakers. Everything I could not understand was English to me, and I wanted to learn English so I could understand and communicate with the rest of the world. I soon realised that there were many more languages out there and I used to dream of speaking them all. Languages were always my best subjects at school. I had great English and German teachers over the years. My first Italian teacher though… she was awful. She was also the only one in my high school, and I was stuck with her for three years. She put me off the language so much that when I went to university to study languages, I gave up Italian and took up Russian. I had an amazing teacher and I immediately liked that language.

Fast forward a few years, I left France and went to the US. Besides wanting to speak many languages, I wanted to travel the world, go far away. I wanted to live in other countries, experience different cultures, meet different people. And I wanted to speak English with native speakers. Once there, I realised that my really good English at school didn’t get me very far in the real world. It took me about three months to actually understand what the people were talking about on the radio that woke me up every morning. It was great when it happened though. I started to make sense of songs I had known my whole life and thought I understood but didn’t really. It was great.

After a year and a half, I moved back to France and understood very quickly I had to leave again. It didn’t feel like home anymore and I wanted to see more of the world. I spent a few months in the English countryside and completely by chance, I found a job in the Italian part of Switzerland, where I stayed for a bit over 2.5 years. I wasn’t required to speak Italian for my job. Just English, and a bit of French occasionally. However, everyone spoke Italian around me, and even German. I still had my Italian teacher in mind and a real mental block when it came to speaking Italian. I just refused to do it. For 2.5 years, the first thing I asked shop assistants was if they spoke English or French. They always did. But I understood Italian. Almost all of it. I even started to read in Italian. I just wasn’t willing to speak it yet.

When I lived in Switzerland, I once visited Vietnam and fell in love with it. I knew I had to go back and I had to find a way to make it happen. I decided that my knowledge of the English language was my best asset at the time. I took exams to prove I was good and I signed up for a teaching course. And so started my life in Vietnam. I worked as an English teacher there, with children and teenagers. I have to admit that I didn’t really know what I was doing at the time, but I knew I was enjoying every second of it. I had been worried about teaching teenagers, foreseeing mess and trouble, but they were actually amazing. A shy 16-year-old once gave me a letter in which she had written what she thought of me and my classes, and how I made her want to learn. I thought about taking that letter to my boss and ask for a raise, but instead, I ended up going back to Europe and to university, so I could one day be a ‘serious’ teacher.

I moved to London, studied, worked, tutored, taught, and a few years later, I got my degree. I needed a break, so I went travelling for a bit. And then, I needed a plan. I ended up going to Cambodia to teach English. I was there for only eight months, but it was a fantastic experience. I met my husband there, and he had plans in London. So, I moved back to London, where I worked as a French and English teacher. I also took the opportunity of being back in Europe to study some more and took another course in English teaching and one in French teaching.

After two cold and expensive years in London, we moved to Spain. I easily found work as a language teacher. And I was very quickly appalled by the working conditions. Which pushed me to consider working online. I had attended a very interesting workshop before leaving London, run by a Swedish teacher who teaches online. She had definitely aroused my curiosity and I started to think about everything she had talked about, all the advantages of teaching and learning online. And I started to do it, while also starting a Master’s degree. Very soon, I could see the advantages to teaching online. Sure, it means I save time in commuting and I can wear my pajama bottoms while working, but it’s not what I’m talking about. I really believe learning online helps you focus better. I can see constant progress in most of my students, and this progress can be very fast too.

I myself take language classes online. I’ve been learning Japanese online for 4 years and can’t believe how far I’ve gone. I also took Spanish and Thai classes. I now live in Thailand and I struggle to make myself understood, but I want to believe that one day, it will happen! Tones are very hard for me.

Over the years, I’ve also tried myself at Hindi, Vietnamese, Khmer, Romanian, and probably other languages that I don’t remember. I did end up speaking Italian eventually, while living in London. I was even pretty good at it at some point. I started learning Spanish when I moved to Spain and I’m ashamed to say I only ever became average at it, but I know why. I didn’t study seriously and regularly. I did have a great teacher at the time, but there was only so much she could do. I improved thanks to her, but my motivation to speak perfectly was never really there. If I had really wanted to speak better (and spent as much time studying Spanish as I do Japanese), I probably could have. And I believe that of everybody. It’s all about how much we’re willing to be involved in our learning. Teaching has changed me in the way that I don’t believe anymore that speaking a foreign language means we have to speak it perfectly. I have amazing students who speak French very well and could easily live in a French-speaking country without the language being a problem, even if they make some mistakes.